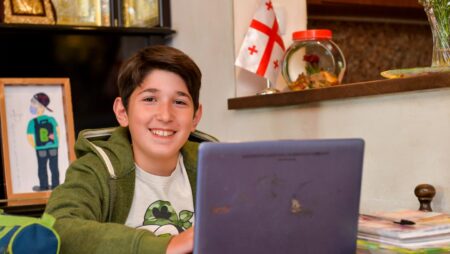 The aim of the study is to assess the time trends in Baltic adolescents’ physical activity, dietary habits and BMI and compare the results with the average of the Health Behaviour in Schoolaged Children (HBSC) study. The research used HBSC data from 2006 to 2018. The total number of respondents was 17,458 in Estonia, 18,416 in Latvia and 20,466 in Lithuania. A logistic regression analysis was applied to estimate time trends in health behaviour indicators. The results demonstrated that Baltic adolescents’ physical activity has declined over the study years, except for Lithuanian girls. The prevalence of overweight adolescents has significantly increased since 2006. Dietary habits improved in all three Baltic countries, as consumption of vegetables increased, and soft drink consumption decreased during this time period. This research shows that a nationwide, highly representative study with health behaviour indicators enables us to assess regional differences compared to the HBSC average. The prevalence of overweight and obese adolescents in the Baltic countries has increased and moved closer to the HBSC average. Although Baltic adolescents’ daily vegetable consumption has increased over the last decade, it is still lower than the HBSC average.