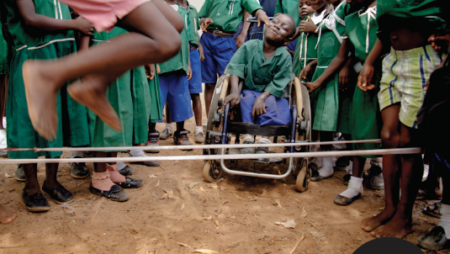 First, in July, for the first time ever, UNESCO has published internationally comparable data on the upper secondary age out of school (rate and number) for young men and women. We have done some country-level analysis which you may find interesting (see attached). We will track these indicators at the impact level for RKLA 3&4 in the Regional Education Database currently being developed.

Nine countries (out of 15 with data) have gender disparities** in upper secondary school age enrollment – Five to the disadvantage of boys (Armenia, Croatia, Kazakhstan, Moldova and Serbia) and four to the disadvantage of girls (Bulgaria, Macedonia, Tajikistan and Turkey). The trend over time in enrollment for young men and women in this age group can be seen country by county in the attached.

Second, UNICEF HQ has developed a very interesting analysis of education pathways for the same age group to see how this group transitioned through the education cycle.  To read these figures, start from the top left: each bar represents the share of the upper secondary age population who is in and out of school, at various key points in the education cycle (primary entrance, primary completion, transition to lower secondary, lower secondary completion, and transition to upper secondary). Considering the proportions in each bar, the pathway chart tell us “how far” the particular group made it in education, and at which moments in the education pathway we “lose” children from the education system. The analysis included the MICS Roma surveys. Click “Cross country comparison”, then select the country/survey and subgroup for each side of the chart.

We hope you find this update interesting and useful for your work. As these are new and potentially sensitive publically available indicators, please don’t hesitate to get in contact should you have any questions or require clarification.