The experience of having children is something that many of us have in common. In fact, in the United States, about 66 percent of women between the ages of 30 and 34 have children, and that number jumps to 80 percent if you’re between the ages of 35 to 39, and 85 percent if you’re over 40. Despite having this shared experience, no two parents approach raising children in exactly the same way. There are many modern terms for different types of parenting styles; perhaps you identify with “free-range parenting,” or “attachment parenting,” or maybe you like to think of yourself as a “tiger mom.” Among these new terms, the one that you are likely to hear the most about is called “helicopter parenting.” 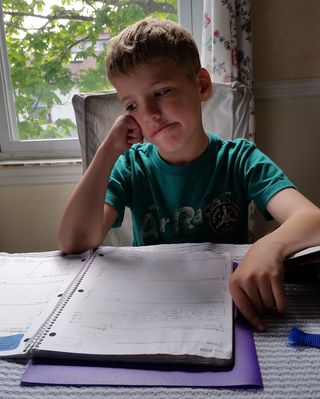 Having involved parents is generally a good thing, and, in fact, helicopter parenting has been associated with some positive parenting behaviors, such as frequent advice-giving and providing children with emotional support (Odenweller, Booth-Butterfield, & Weber, 2014). But constantly hovering can also come at a cost. As children get older, they seek out more independence, and it can be a challenge for any parent to slowly relinquish control. This is especially difficult for helicopter parents, who tend to claim a large amount of control over their children’s academic lives.

However, research suggests that inflexibly trying to maintain the same level of control over children regardless of what’s developmentally appropriate can be problematic (Schiffrin et al., 2014). In fact, despite some of the positives of helicopter parenting, it has also been associated with negative child outcomes, such as higher levels of anxiety and depression, lower ratings of psychological well-being (LeMoyne & Buchanan, 2011), as well as a lack of independence and ineffective coping skills (Odenweller, Booth-Butterfield, & Weber, 2014).

And while the term “helicopter parenting” is relatively new, research on the negative outcomes associated with over-control is not. Back in the 1960s, Diana Baumrind from the University of California at Berkeley famously identified three distinct parenting styles. The “authoritarian” parents she observed 60 years ago were a lot like the helicopter parents of today: They had very high standards for their children’s behavior and exerted a large amount of control, allowing children very little autonomy. In contrast, the “permissive” parents were warm, claimed very little control over their children’s behavior, and were relatively uninvolved with their children’s everyday activities.

Finally, the “authoritative” parents occupied the sweet spot in the middle; they were supportive yet demanding. And perhaps most importantly, authoritative parents were flexible—they changed the rules as their children matured, which resulted in children who could also flexibly deal with the challenges they faced. In fact, Baumrind found that children of authoritative parents were the most well-adjusted, and the most likely to be independent and well-socialized (Baumrind, 1966).

Although Baumrind’s work isn’t new, its message still rings true: Autonomy helps children learn how to deal with challenges on their own. By denying children independence, parents deny them the ability to develop the flexibility to learn from their mistakes (LeMoyne & Buchanan, 2011). In fact, cognitive flexibility is one of the best predictors of academic achievement (e.g., Blair & Raver, 2014).

And despite the good intentions of most over-involved parents, children of helicopter parents don’t necessarily perform well in school. In fact, helicopter parenting is associated with lower academic performance in children, more extrinsic or reward-based motivation, and avoidance goals for learning (Schiffrin & Liss, 2017). In other words, these children don’t develop the motivation to master new skills—they mostly just work hard to get a good grade—and they avoid feedback, as criticism or failure can lead to embarrassment or shame.

It turns out that children need to make mistakes to learn. For example, every typically developing baby will one day face the challenge of learning to walk. Importantly, walking isn’t something babies learn to do in just one day—it takes days and weeks and months, with a lot of steps and falls along the way. In fact, research has shown that infants between the ages of 12 and 19 months take an average of over 2,000 steps in a single hour of walking, and fall about 17 times during that same time period (Adolph, Cole, Komati, Garciaguirre, Badaly, Lingeman, Chan & Sotsky, 2012). That’s a lot of mistakes, but every fall presents an opportunity to correct those mistakes and learn from them.

So what do we do? We do perhaps the most difficult thing a parent can do—we let our children fail once in a while. By not allowing them to fail, we prevent them from learning how to flexibly deal with problems, and perhaps even how to deal with difficult emotions (Perez-Edgar, 2019).

Babies don’t mind making mistakes, but as they get older, children eventually learn to associate making mistakes with feeling ashamed or embarrassed (Duckwork, 2016; Lewis, Alessandri, & Sullivan, 1992). To avoid promoting these emotions, when children do mess up, gentle discipline coupled with support and feedback can help provide them with the right expectations and support autonomy at the same time (Baumrind, 2013; Grolnick & Pomerantz, 2009; Grusec, 2011; Stifter & Augustine, 2019). Researchers have even suggested that parents try to model mistake-making for their kids, and some school interventions teach teachers to make grammatical mistakes on purpose and let children catch them (Bodrova & Leong, 2006).

Despite differences in parenting style, what all parents want—helicopter, tiger, and free-range alike—is what’s best for our kids. And sometimes what’s best for promoting their success is letting them experience their own failures.